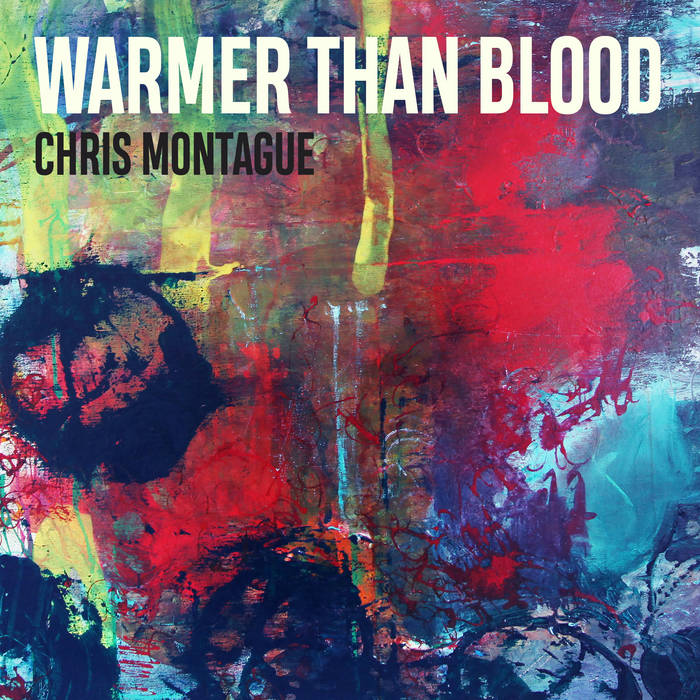 While Chris’s reputation as a startlingly original composer is already well established, not least through his longstanding collaboration with Downes in the much lauded Troyka project, this release marks the first in Chris’ extensive discography to be entirely under his leadership, and his choice of an unusual line-up was both fortuitous and deliberate. “I love how Ruth and Kit both interpret music, they were always going to be my first choice - and writing for a band without drums made us work much harder to create dynamics and shape within each piece. This brought out a whole new dimension in the compositions”. Chris takes inspiration from many sources and it is hard to classify this music, it still has shape and energy, without relying on volume or histrionics to deliver it. All three musicians responded to the deliberately limited sound palette by reaching into their boundless musical imaginations.

‘Irish Intro’ is a spontaneous piece of solo guitar improvisation, a bold introductory statement of identity from Chris. It organically changes one note at a time to create a rolling, waterfall effect. ‘Irish Handcuffs’ is named after a running joke between Chris and Kit about Irish hospitality - ‘Guinness in one hand, Whisky in the other!’ - that illustrates the trio’s ingenious use of hocketting and exact note placement to create a rhythmic clarity. ‘Warmer Than Blood’ derives its title from a poem by Fiona Sampson - its unsettled harmony chimes with the poem’s disturbing imagery, tying together notions of colour, touch, fear and family.

Many of the songs are inspired by Chris’ own life: he wrote much of the album following the birth of his son and ‘FTM’ is named for him - ‘a beautiful ballad that morphs into a kind of horrorshow!’ - ‘Moira’ is a hushed, intimate improvisation inspired by his grandmother, while ‘C Squad’ refers to the trio’s shared Chesham neighbourhood and pays tribute to their long and fruitful creative relationship. ‘Not My Usual’ has a more standard form than Chris usually deploys, with a written melody and chord changes, creating an oasis of calm melodicism - by contrast, ‘The Internet’ sounds deliberately glitchy and uncomfortable to reflect Chris’ ambivalence about the benefits of limitless connectivity.

The lyrical, almost folkloric final track ‘Rendered’ started life as a commission for the opening of Jimi Hendrix’s flat in Handel House, with a score initially created by rubbing manuscript paper onto the woodchipped wallpaper - an aleatory approach that Chris found both challenging and liberating. “It’s a theme for the whole album - me learning to embrace the improvised and the unknown. It doesn’t sound like anyone else’s music and that’s what I’m most proud of”. Warmer Than Blood is suffused with the honesty of Chris’ own personality, the fearless creativity of his collaborators, and the warmth and quirkiness that characterise the trio’s long-term relationship.

Bandcamp Daily  your guide to the world of Bandcamp